Medininkai Gate (The Gate of Dawn)

The task of Lithuanian Grand Duke Aleksandras to build a wall around Vilnius and the gate to the city had been undertaken by Mikalojus Radvila the Old. After a while Medininkai Gate was renamed as the Gate of Dawn – the name could be associated with the edge of the city that had been called ‘Sharp’ at that time or with the eastern orientation where the dawn breaks. Crowds of worshippers pass through the centuries old gate to pray at the presumably miraculous Painting of the Blessed Virgin Mary, Mother of Mercy, which is one of the most famous Renaissance paintings in Lithuania, in the Chapel of the Gate of Dawn. 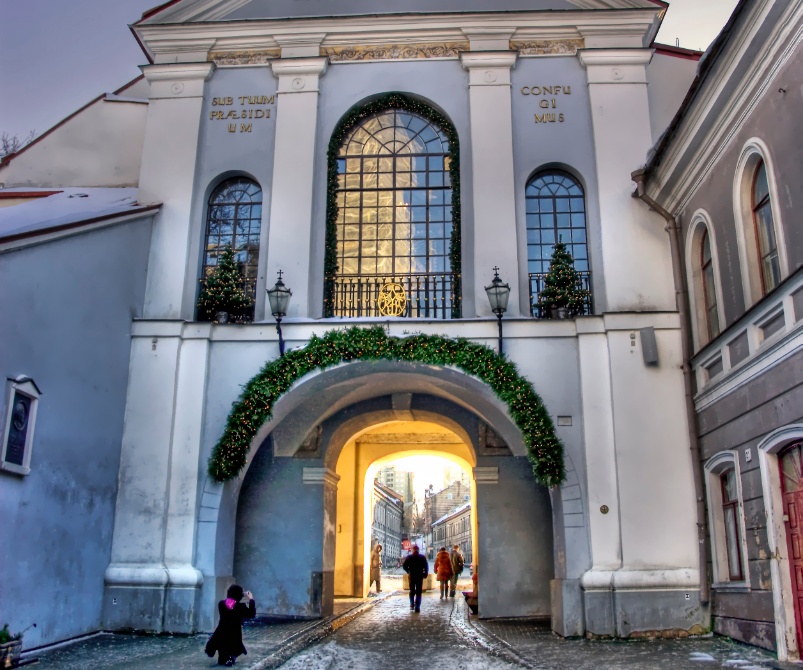