On its way to becoming the European Capital of Culture 2022, Kaunas city, the Art Deco Hub located in Lithuania, inspires dozens of local and foreign artists to portray the interwar modernism in new and unexpected art.

Kaunas, situated in the heart of Lithuania, has already gained international fame for a variety of quirky attractions like the Devils' Museum or the world's first invisible square. But its unique modernist interwar period architecture is what attracts visitors from all over the globe and lays the groundwork for becoming the European Capital of Culture 2022.

With roughly 6,000 modernist constructions, 44 of which carry the European Heritage Label, the city's sightseeing spots give an opportunity to deeply immerse into the modernist culture. And as so many of us are eager for the travel bans to be lifted, Lithuania Travel, the country's national tourism development agency, invites to feast the eyes on the colorful grayness of Kaunas Modernism through the worldview of Art Deco artists.

Ever since becoming the first Eastern and Central European city to win UNESCO City of Design designation in 2015, the once temporary capital of Lithuania quickly transformed into a contemporary hotbed for artists from all around the world. Finding inspiration in the unique modernist architecture, artists of all types participate in the Modernism for the Future programme, dedicated to getting the word out about Kaunas and its cultural and historical heritage.

Anyone interested in traveling through interwar Kaunas can already follow the creation of one of the most-anticipated projects—a 45-minute animation movie Heterotopia. Directed by the Irish visual artist Aideen Barry, the black-and-white stop-frame film aims at telling the interwar Kaunas story through the eyes of local communities, and calling to reimagine its value for future generations.

The magical potpourri with a variety of optical illusions and visual fictions is especially focused on quirky decorations, such as cakes designed and baked according to some of the most famous modernist buildings: Vytautas Magnus War Museum, Sugihara House, M. K. Čiurlionis National Art Museum, and others. Thus who would have thought that architecture could be so— delicious.

You can follow the Modernism for the Future programme here.

Jewelry and Bird Nesting-Boxes as Homage to Kaunas Modernism

Other artists, for instance, take different approaches to promote Kaunas modernism. Fashion designer Gerda Liudvinavičiūtė, an artist behind CELSIUS 273, has devoted her THE CONCRETE CITY | KAUNAS collection to the modernist interwar period. The collection includes cufflinks, necklaces, and earrings made out of concrete and reflects the main details of the seven most prominent modernist structures in Kaunas. 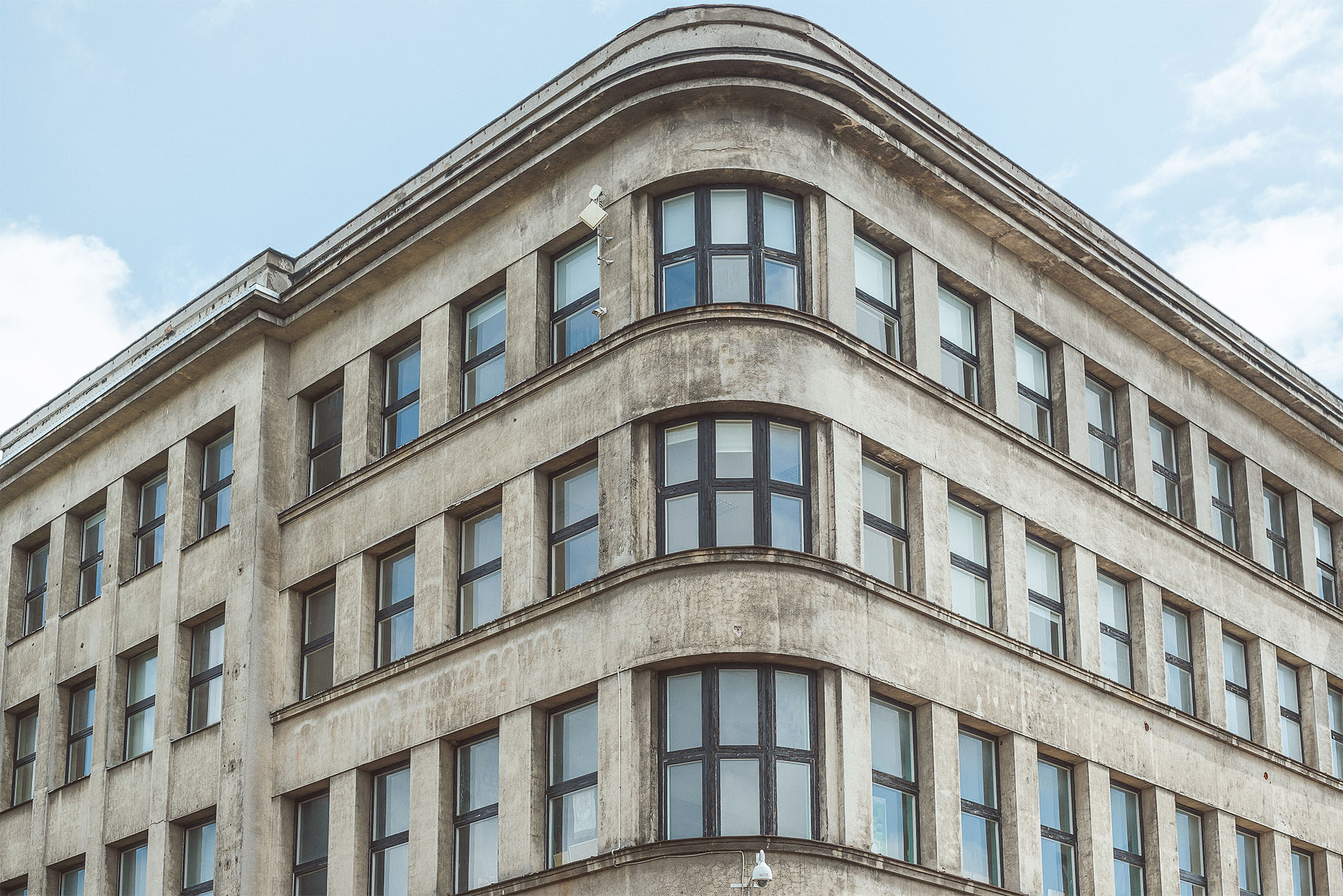 “One such necklace symbolizes the facade of the Kaunas Central Post Office—the windows are made out of wood and are embellished with Lithuanian pattern motives,” said Liudvinavičiūtė. “Such patterns were used in weaving centuries ago, so it was interesting for me that it was incorporated in one of the windows of the building. It is also geometrical, modern, and relevant to this day—a perfect combination for the type of jewelry I create to tell stories to people.” 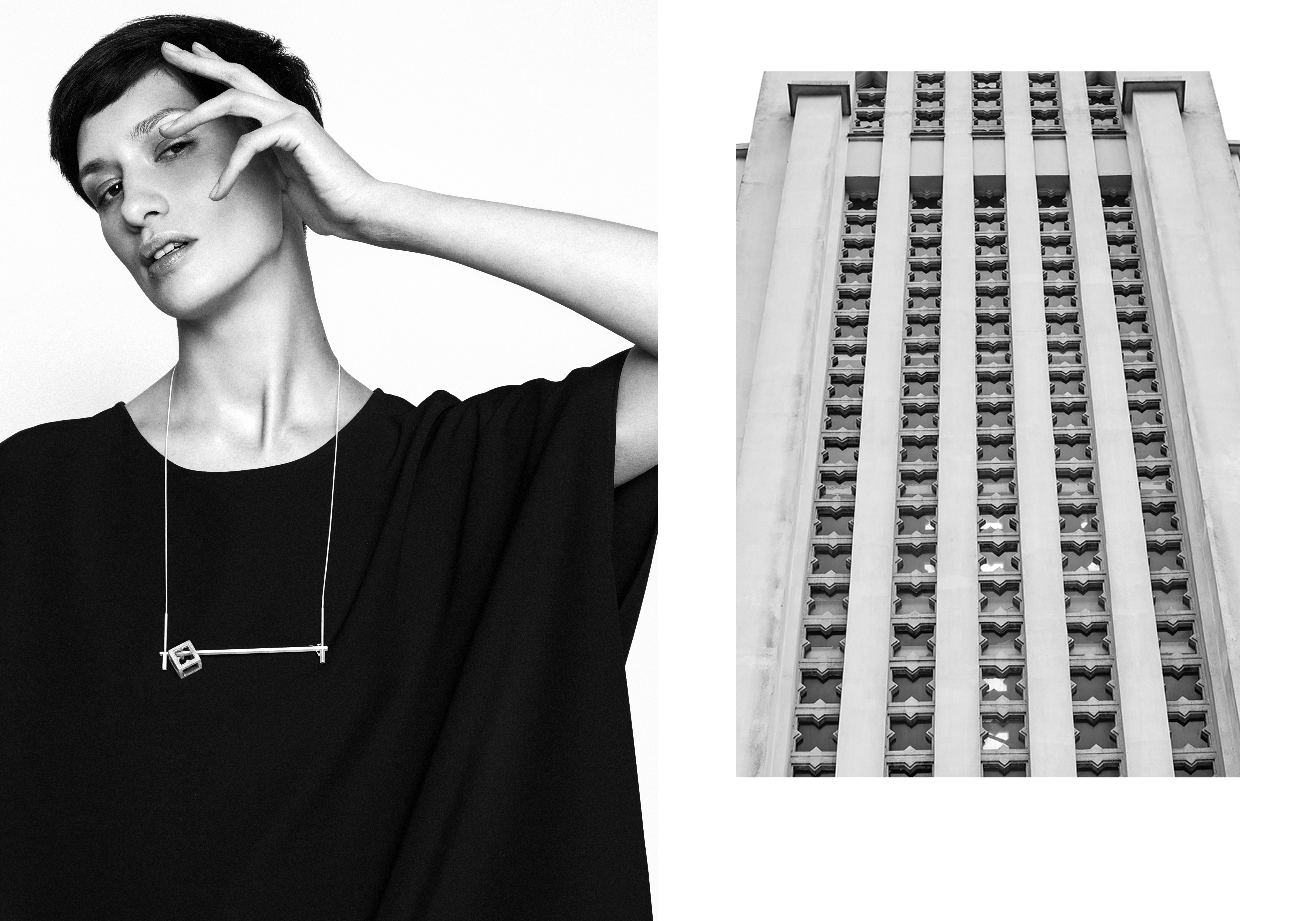 The well-known Lithuanian street artist Timotiejus Norvila—Morfai has found another way to connect interwar architecture with the natural world—the artist has built 10 wooden bird nesting-boxes, all depicting different Art Deco buildings. Interestingly enough, the project took off together with top-notch ornithologists, and as the nesting-boxes finally found their way to the trees in Kaunas, dozens of local birds have been housed in the copies of modern buildings.

“I tried to take the details that are unique to the interwar architecture so that upon looking at the nesting-boxes people could recognize the style,” said Morfai. “It was quite a challenge to carve those details on a nesting-box as its shape and size are, obviously, completely different from the original structures. However, we succeeded in conveying modernist architecture and at the same time provided birds with a roof over their heads, which was our end goal in the first place.”

Mantas Kuginis, a digital artist, has taken a similarly brave step showing that Kaunas modernism can also live in elements of home decor. In Interpretations of Modernism, a collection of 3D works, the artist projects the most recognizable features of modernist architecture like tiny, rounded balconies, elements of staircases, horizontal and vertical stripes onto cups of tea, teapots, and other similar objects. 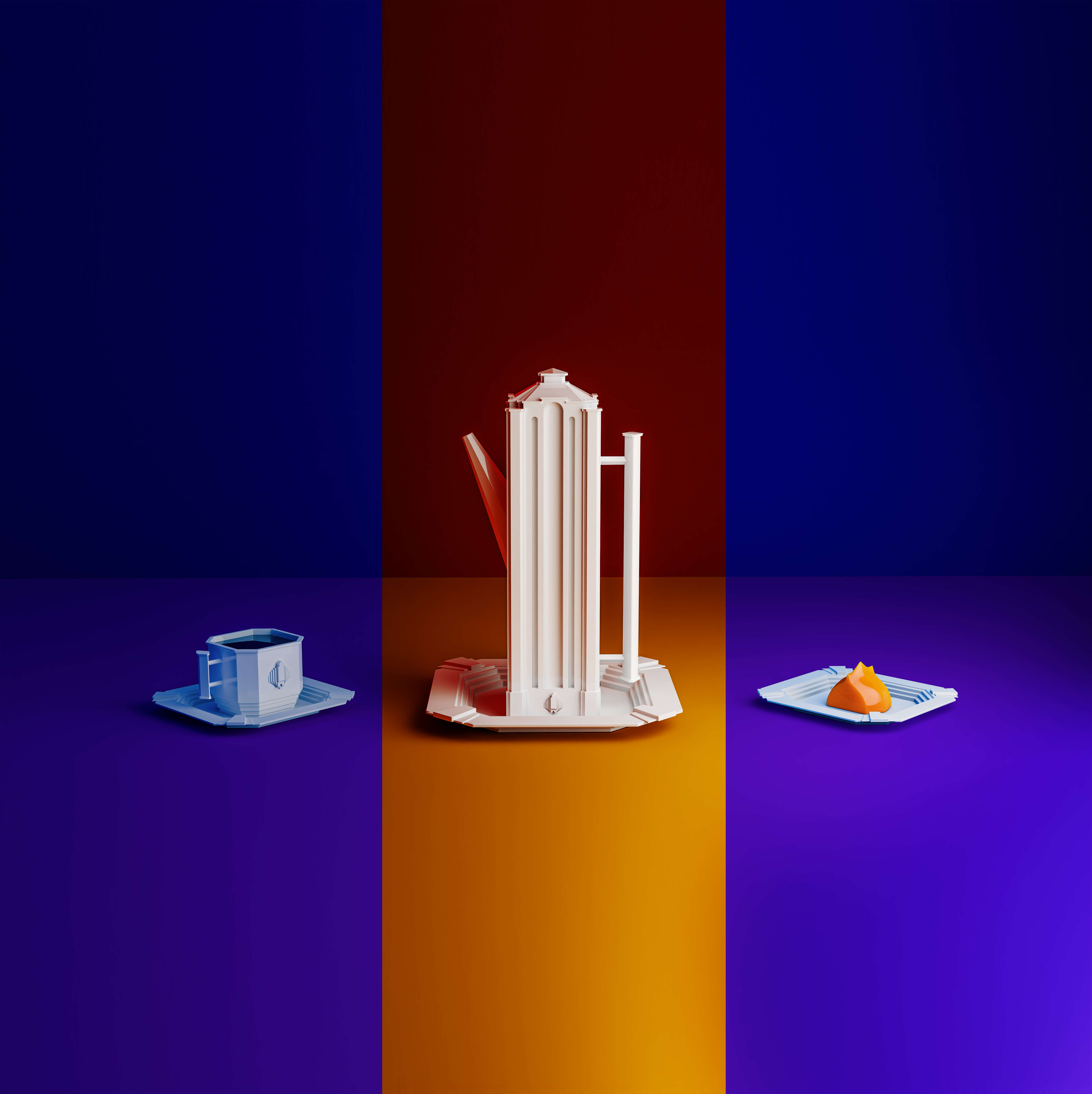 “I was looking mostly for specific details that could be transformed into different objects or forms and would not be immediately recognized as architectural details,” said Kuginis. “It was important to me that the details would be elegant and relevant in the modern context, while the exterior would easily migrate into the interior forms. A feeling of closeness, familiarity, nostalgia, dejavu—this is what I was looking for.”

And as the world awaits to fully immerse into restrictions-free travels, Lithuania Travel with tourism brand Real is Beautiful takes one more step to build some anticipation for a cultural getaway. It has invited three well-known artistic-minded people—architect Gintautas Natkevičius, fashion designer Simona Senkauskaitė and contemporary dancer Heung Won Lee—to tell a touching story of how one connects to the grayness of Kaunas Modernism, a unique colour to be found and taken only in the sights of Lithuania. The short, newly released video explains it all here.

"When it came to what colours were truly Lithuanian, we definitely wanted to include the grayness of Kaunas Modernism. This colour symbolizes all the twists and turns of Lithuanian history, the nation's creative energy, and the artistic potential of Kaunas—its openness to ideas and global interaction," said Inga Valentonienė, Manager of Marketing Subdivision at Lithuania Travel.

Reimagined by different-profile artists, the modernist features of Kaunas shine in a new light and enable all visitors to discover something close to their hearts. For some, it will be the opportunity to observe a unique take on Art Deco style, for others—to bring back home memories of quirky museums and hidden bird nesting-boxes. And while Kaunas has already done a lot to prepare for being the European Capital of Culture in 2022, there are definitely more projects and initiatives on their way to interest even the most well-travelled tourists.