In Lithuania, it is easy to travel through time. We have places where the time seems to have stopped and reminds us of those who travelled from day to day, from year to year, from century to century. If you want to know us better it is important to talk about Christianization of Lithuania which has its own story. We are the last pagans on this continent, the last people of the authentic Baltic faith that existed until Christianity – paganism began to disappear in Lithuania at the end of the 14th century when Lithuania’s rulers accepted Christianity. The Samogitians held on the longest – they only converted in the 15th century.

Today, many don’t even remember what gods ancient Lithuanians believed in, who they prayed to, what songs they sang, and how they worshipped their land. The sun was their fire, and Perkūnas was the almighty god of justice, punishing the disobedient with bolts of lightning. The stories that survived over the centuries have now turned into beautiful myths, but the old Baltic tradition is still alive in Lithuania. With its rites, traditional sutartinės (multi-part songs) and infinite respect for nature and the earth, it is yet another colour of our identity. And if you get lucky, you might catch an old wedding ceremony on one of Lithuania’s many hill forts. This is not theatre – this is life. 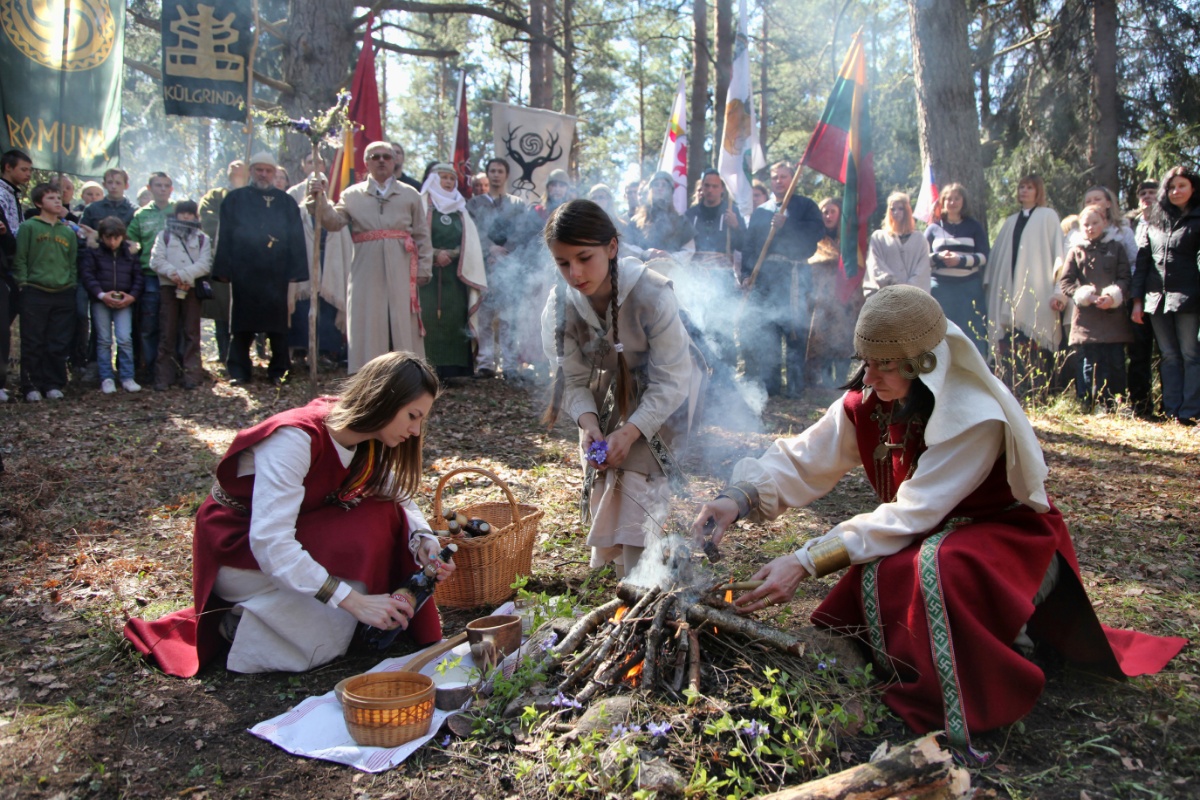