A native of the exotic Indian state of Goa, Gaspar made a big splash with diners when he launched his innovative gastronomic experience in Lithuania. Named after its owner, this cosy eatery has proudly ranked in the upper reaches of the Top 30 restaurant chart ever since it entered at number 11 in 2016, before taking the number 8 spot in 2017. This year it’s a non-mover at 10.

If you’re looking for a taste of the exotic that’s tailored to Western taste buds, Gaspar’s presents classic European cuisine with contemporary Indian twist. It’s a combination that’s truly unique in Lithuania – and it’s all thanks to a mysterious blend of spices that will be familiar to frequent visitors. The exact blend is a closely guarded secret, but it’s one that has built Gaspar’s a loyal following. Renovation began on 1 July, so the restaurant will be closed for a short period before reopening with a fresh, new look.

Gaspar’s culinary creations are inspired by recipes handed down from generation to generation in his family. But he is constantly reinventing tradition, searching for a unique fusion of different cuisines that combines local Lithuanian produce with exotic Indian spices and seasoning.

The Indian-born chef noticed immediately how much Lithuanians love the aroma of smoke, so many of the restaurant’s dishes are prepared on the grill. The sizzling of fish, meat or seafood is a regular soundtrack to the summer months. In winter, the chef switches to slow cooking at lower temperatures to develop a mouth-watering depth of flavour. Make sure you ask your server about the kitchen’s daily specials to experience a taste of Gaspar’s latest mouth-watering culinary experiments.

This year, the chef plans to offer more dishes featuring spices from his homeland of Goa. According to Gaspar, Goan cuisine differs greatly from typical Indian cuisine, due to a strong Portuguese influence. Goan dishes are more acidic, and contain more seafood, fish, and chili peppers (brought to India by the Portuguese). On a recent trip, Gaspar stocked up on spices that he says he can’t wait to try out on Lithuanian palates.

After arriving in Lithuania from Great Britain, chef Gaspar Fernandes shot to instant fame. He was born in the sunny Indian state of Goa. Gaspar’s grandparents are of Portuguese origin. One was a chef for the Portuguese colonial government, and even prepared food for royalty. Gaspar’s mother acquired her cooking talents from her father, and both of the chef’s parents worked in the culinary business.

Gaspar longed to be a chef ever since childhood. To achieve his dream, he completed a course at the prestigious Le Cordon Bleu Culinary School in London. He is not embarrassed to say that he began by washing dishes and ended up working in countless kitchens. His personal record is 600 plates in one day! As he continued his search for ever more creative work, Gaspar eventually earned a place in the kitchen of the prestigious Wentworth Golf Club in London.

After moving to Vilnius for love, the young chef didn’t have to think too long about what to do here. He has always known that one day he wanted to open his own restaurant. But until he met his wife Kristina (of Belarusian descent), he didn’t know where in the world he would end up! 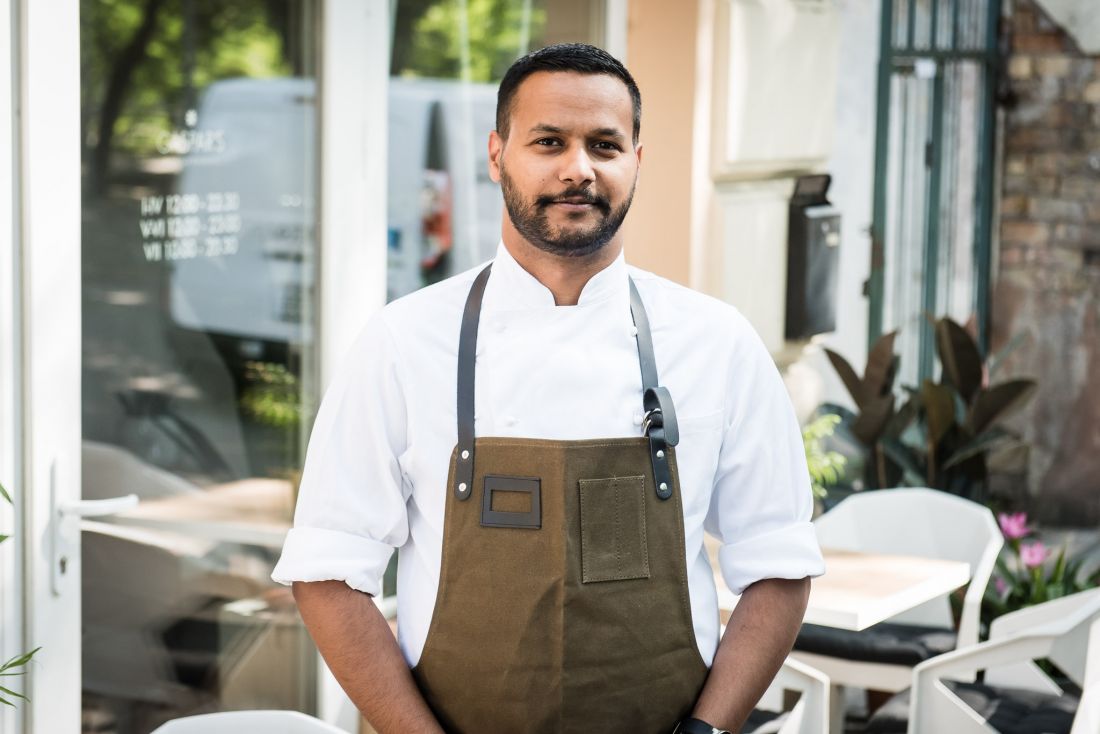 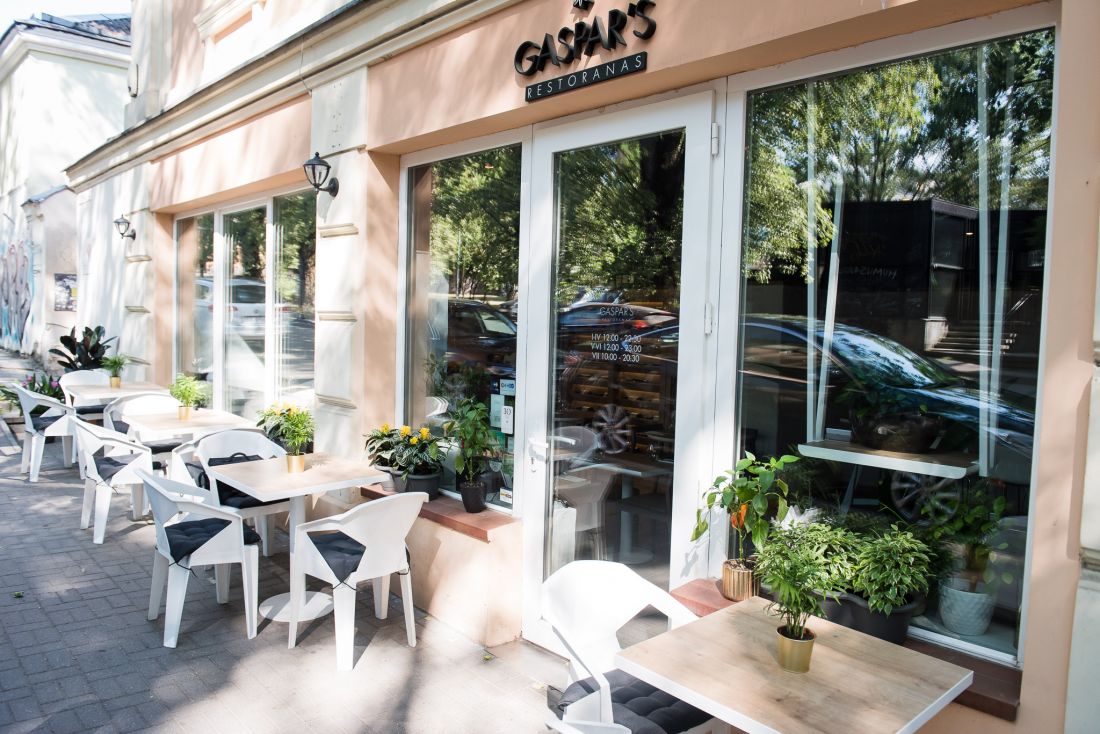 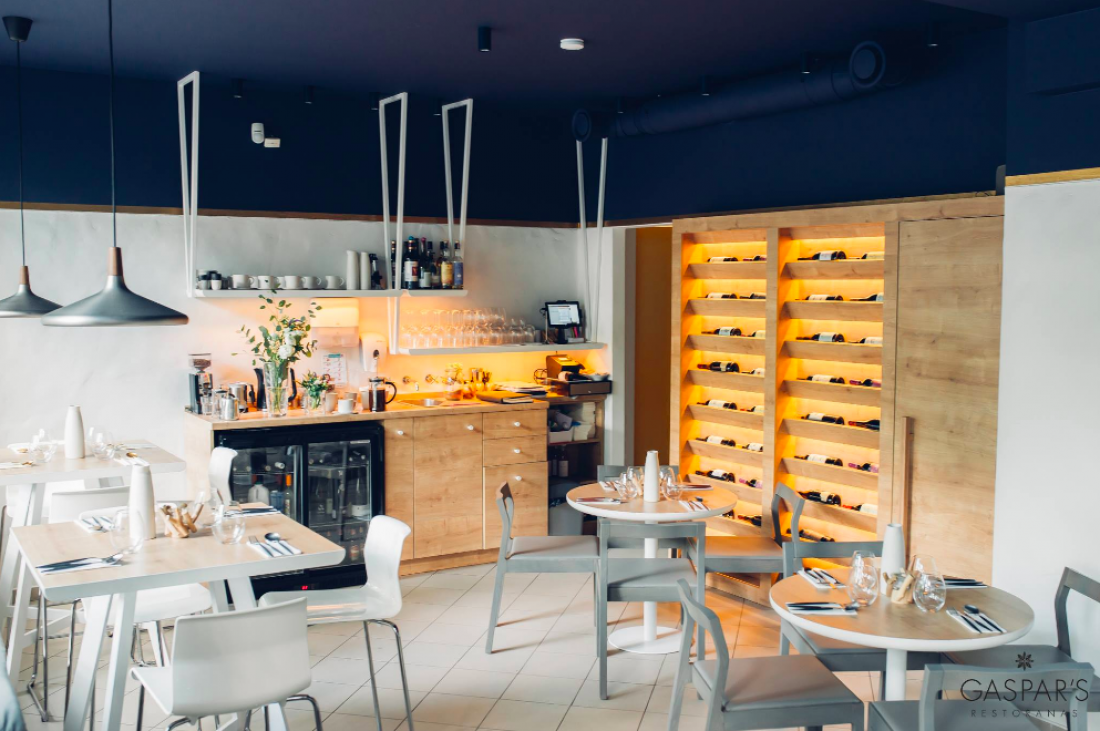 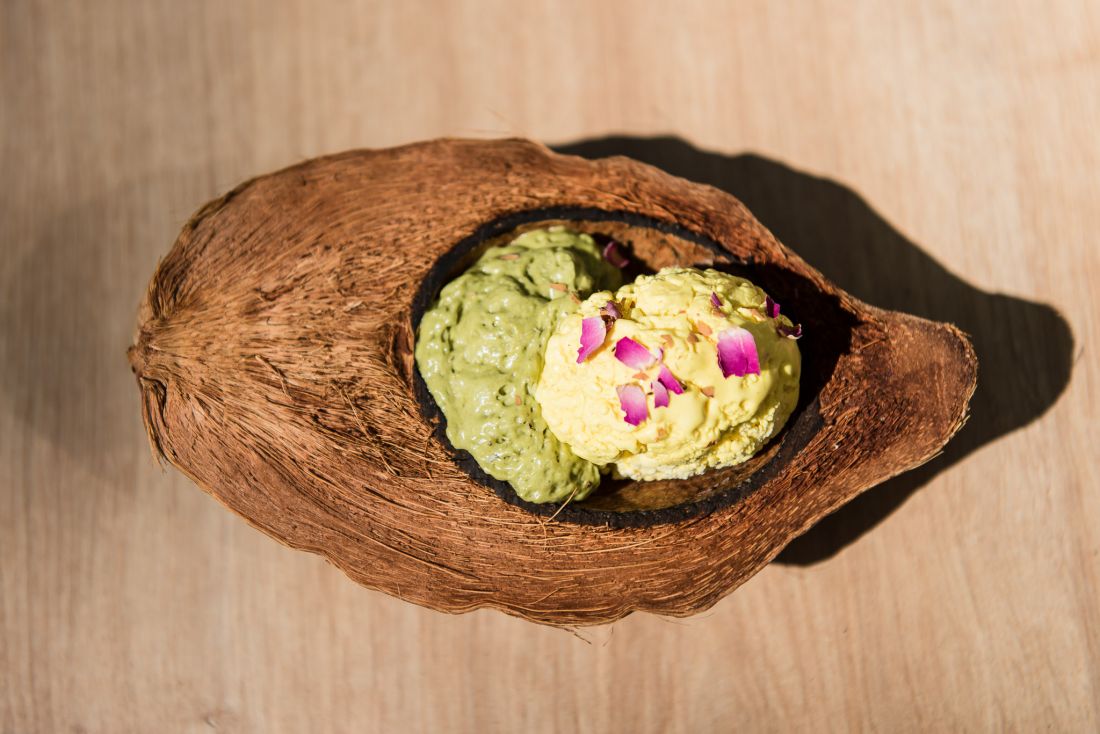 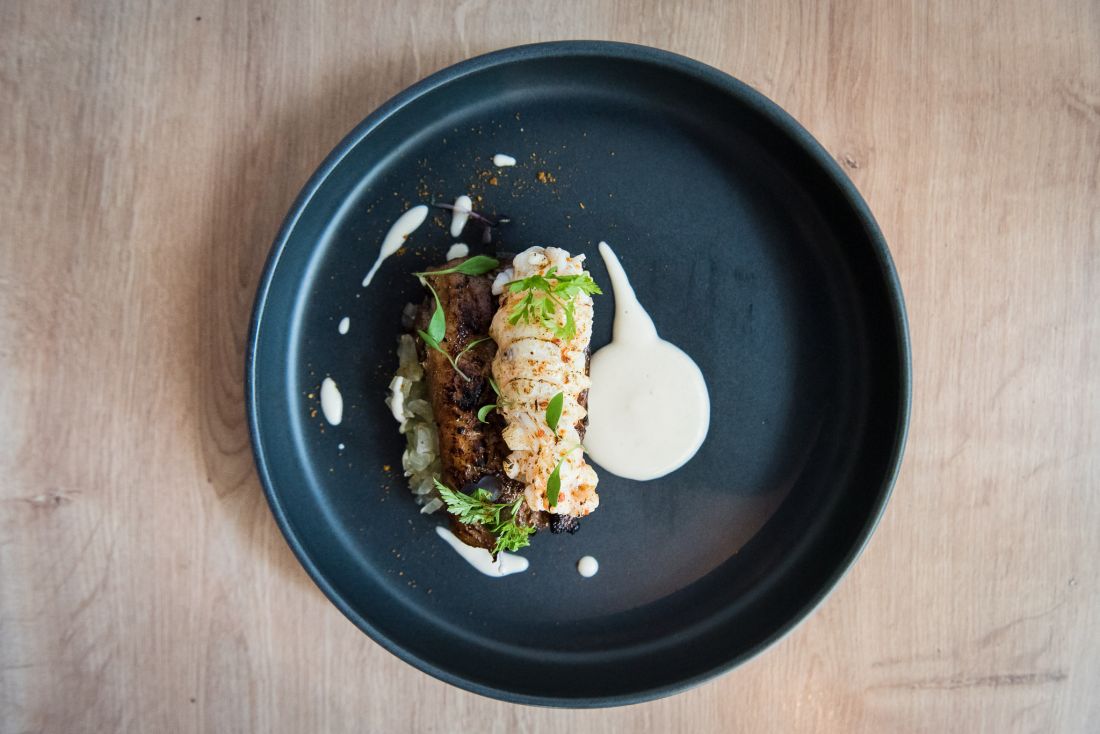