Žvėrynas is as if another nostalgic town in Vilnius. Houses decorated with wood carving laces are hidden in the gardens, adorned by lilac bushes. The famous Radziwiłł (Radvila) family kept aurochs, moose and roes in the Žvėrynas pinewood until the 19th century: the name of Žvėrynas (menagerie) could have originated from this park of animals. Subsequently, Vilnius general governors used to have a rest in a wooden country-house, and wealthy city dwellers began to build their houses in this area. Žvėrynas, situated near the river, gradually became a resort suburban district with several combined wooden architecture styles – Russian, Swiss, art nouveau, as well as Zakopane manor style popular in Poland. Today as many as 108 old houses of the district are included in the list of architectural heritage objects. It is a wonderful experience to take a stroll around these houses when lilacs are blossoming. 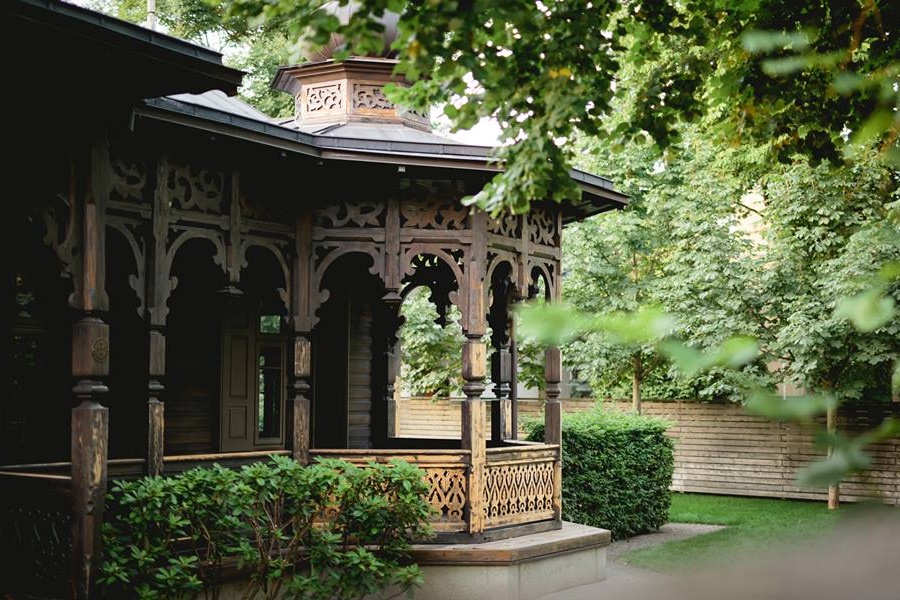