Read the original article in Finnish 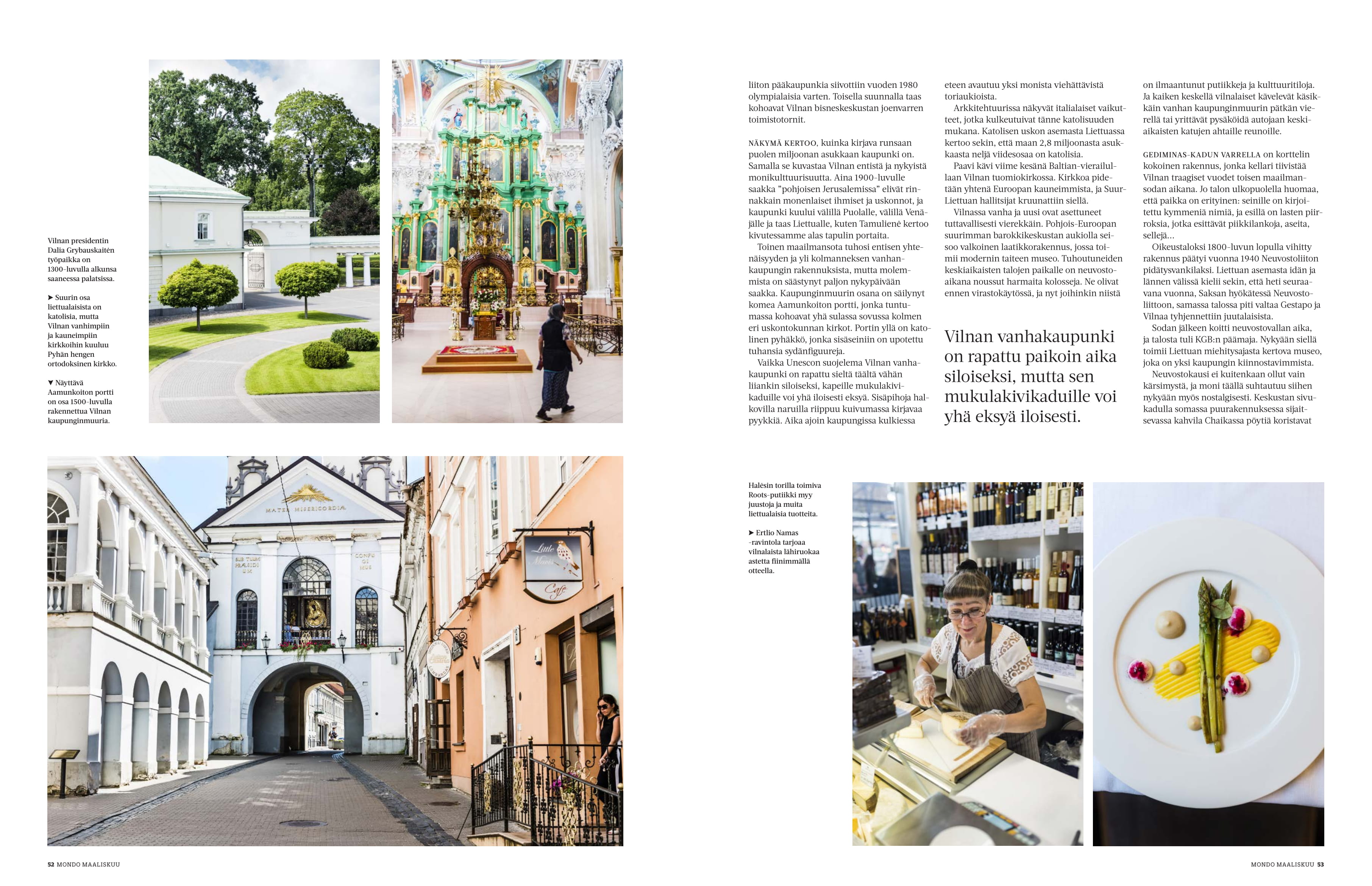 This is a nice, diverse city, the pride of Lithuania, ideal for short holidays. Vilnius boasts the largest Old Town of Baroque architecture in Europe while at the same time it has a strong bohemian atmosphere. The city is packed with churches and belfries towering against the sky.

Stunning church roof lines rise to the sky among the linden trees. The street lined with pastel buildings stretches down the hill. Pieces of the landscape look like cuttings from an old postcard inserted in a contemporary city. At the bottom of the street the river meanders along its path. A canoeist is passing by as if in slow motion.

From the first moment Vilnius attracts you. If in Tallinn the traveller remembers a pretty Hanseatic city and a motley port, in Riga – the elegant Art Nouveau style buildings and hideous Soviet districts, so the capital of Lithuania is memorable as a green and tranquil city.

The old and new Vilnius amicably march hand in hand. In the square of the largest Baroque city in Northern Europe there is a building which looks like a huge white box and which houses a modern art museum. Where once stood medieval buildings, grey oversized buildings appeared in Soviet times. Today they are mostly used for administrative purposes, some house small shops and cultural spaces. And finally – the residents of Vilnius stroll hand in hand along the former old wall of the city or try to find a parking space in the medieval streets. 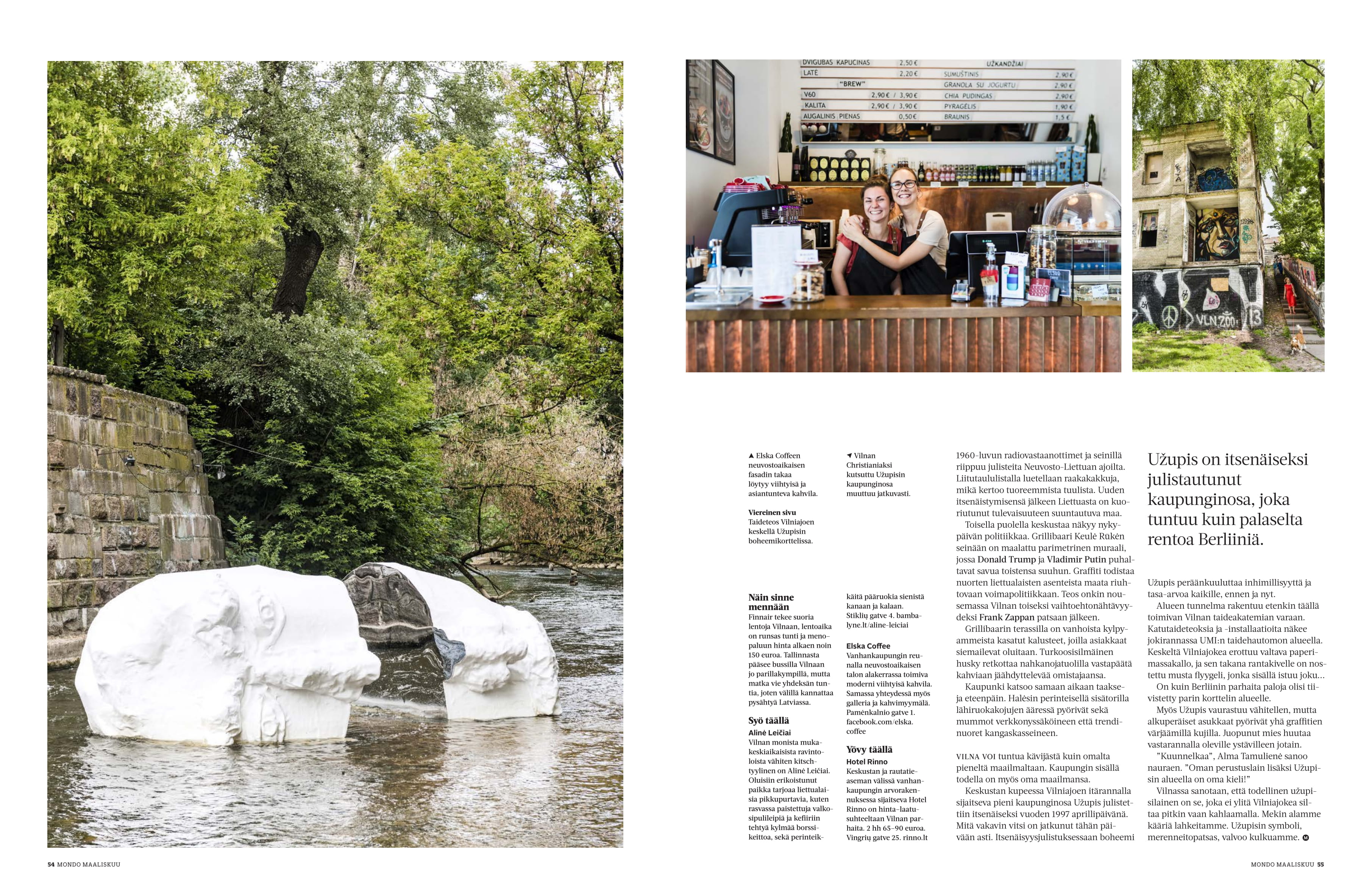 On the other side of the city center you can see the political realities of the day. A two-meter graffiti in which Donald Trump and Vladimir Putin are sharing a cigarette decorate the grill bar Keulė Rūkė. It symbolizes the attitude of Lithuanian youth to the policies of the world’s two most powerful men tearing the country apart. This is the second most visited ‘alternative’ tourist attraction (the first one is the monument to Frank Zappa).

VILNIUS may seem like a separate mini world for the visitor. The center of the city is indeed a separate world.

On 1 April 1997, the area of Uzupis on the eastern bank of the River Vilnia in the Old Town declared itself an independent republic. This most serious joke continues right up to now. In its declaration of independence, the bohemian Užupis requires humanity and equality for all – in the past and today.

Vilnius Academy of Arts contributes to creating the atmosphere of the area. You can see works of street art and installations on the riverside and at the art workshop on the campus of the Academy of Arts. There is a huge skull made from pulp in the middle of the River Vilnia, a piano sit on stones on the bank of the river, and there’s someone sitting in it...

It seems that the best places of Berlin fit in a small area of Vilnius.