Spring straight from the trees

Lithuanians drink amber tea, nettle wine, blueberry kvass and dandelion coffee, and they extract so much mineral water they can bathe in it. And, every spring, they drink juice from the trees.

Seasonal food is the main characteristic of Lithuanian cuisine. The sap from maple or birch trees has for a long time been the first natural treat of the year. The time to enjoy this slightly sweet nutritional drink, one sip of which embraces an entire waking forest, is the month of March.

A bird is first to drink

Renata Ničajienė, author of culinary books, also writes a popular city website on seasonal cuisine. She is fond of sap: “From my childhood I remember that my grandmother always stored birch sap in spring. My mother’s grandparents, who lived in a village in the region of Dzūkija, kept a large barrel in their basement which they filled with birch sap each spring and sprinkled oats on top. Over time the oats would sprout, naturally protecting the sap against fermentation or mould. This way the preserved sap could be used throughout the spring and summer.

We tap birch sap in March, but the process mainly depends on the weather. It’s only when the temperature rises above zero (about +5° C) and the sun comes out that the sap begins to flow. It normally lasts for a few weeks. One spring day I discovered quite accidently that the sap was ready. I noticed through my cottage window a bird tapping a hole in the trunk of a maple tree and sipping the sap. I understood it was high time to tap it myself. Drilling a small hole in a tree can produce two to four litres of sap, then we press in a wooden plug and cover the wound with paste. If the nights are still cold, the sap freezes and does not flow overnight. The tastiest and sweetest sap is the very first sap taken from a tree.

Since sap can last in a refrigerator for up to five days, to prolong its use it must be fermented or preserved. It can also be frozen. I usually ferment it by adding raisins or some blackcurrants”. 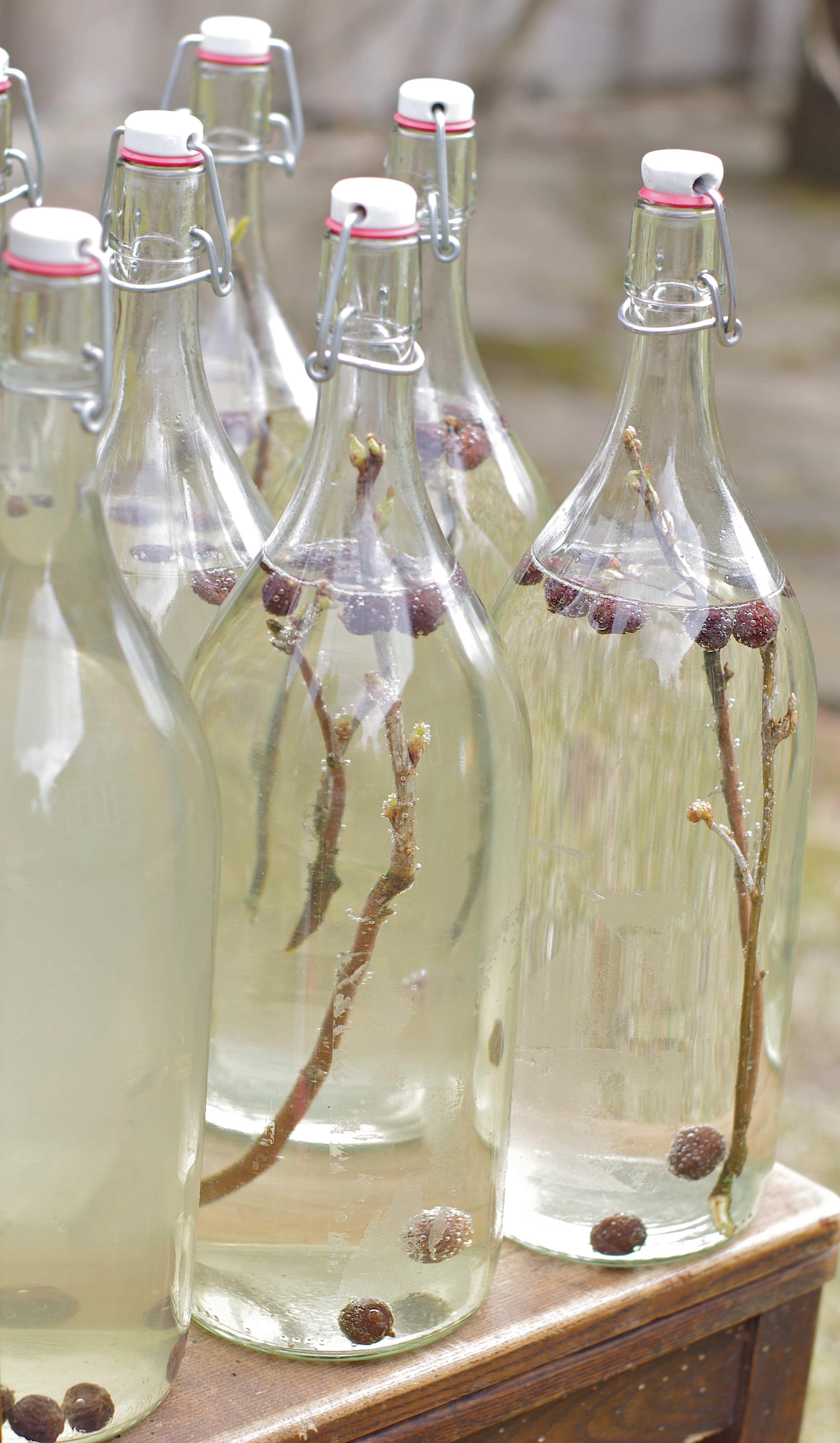 According to Professor Rimvydas Laužikas, researcher of historical Lithuanian cuisine, the Lithuanian word for sap (sula) was first mentioned in the very first Lithuanian language dictionary compiled by Konstantinas Sirvydas in 1642. So sap was used as a drink and for food at least as far back as the 17th century.

Rural Lithuanians have for many years used sap as a beverage and, less frequently, for fermenting beetroots or making soup. It is said that grain soup cooked in sap is sweet without having to add milk to it. Sap used to be fermented by putting raspberry canes into it, which gave it the colourful name birch blood.

According to Lithuanian folklore, sap cannot be consumed after St George’s Day (April 23), because on that night witches bathe in birch sap so it must be thrown away.

Where can you taste sap?

Sap is also available at markets and ecological farms. And a number of Lithuanian companies use modern pasteurizing methods to create sap drinks that are available in supermarkets, cafes and even cinemas.

The restaurant Ertlio Namas in Vilnius, which specialises in historical Lithuanian cuisine, has included a 19th century recipe for Angel Wings (žagarėliai) with sap sauce. The restaurant also offers sap with cranberries.

Sap is valued for its minerals, carbohydrates and microelements that the body lacks after the winter. It is believed to alleviate headaches and insomnia and improves the metabolism. It used to be used for washing one’s face and bathing wounds.

Today, the beginning of the sap tapping season is published in the local media, while naturalists remind us of the rules about how to do it without damaging the trees.