Whether it is an art museum turned into a Japanese War Tribunal or almost an entire old town transformed into 18th century Russia, Vilnius and Kaunas, the country’s largest cities, have been the background for many well-known films.

Netflix has recently announced that it is resuming production for Stranger Things (2016), the hit science fiction series currently in its fourth season. Vilnius, the capital of Lithuania, was one of the last filming locations of the series right before the pandemic hit—the city's Tsarist-era Lukiškės Prison stood in for a Russian penitentiary, crucial for the new season’s plot.

Interestingly enough, Vilnius, as well as its counterpart Kaunas, have been adopted for many other well-known films and series, which have made both cities to become one of the most sought-after filming locations. In fact, the Association of European Film Commissions (EUFCN) has named Pažaislis Monastery and the Church of the Visitation in Kaunas—one of the filming locations for Catherine the Great (2019)—a finalist for this year's Location Award. 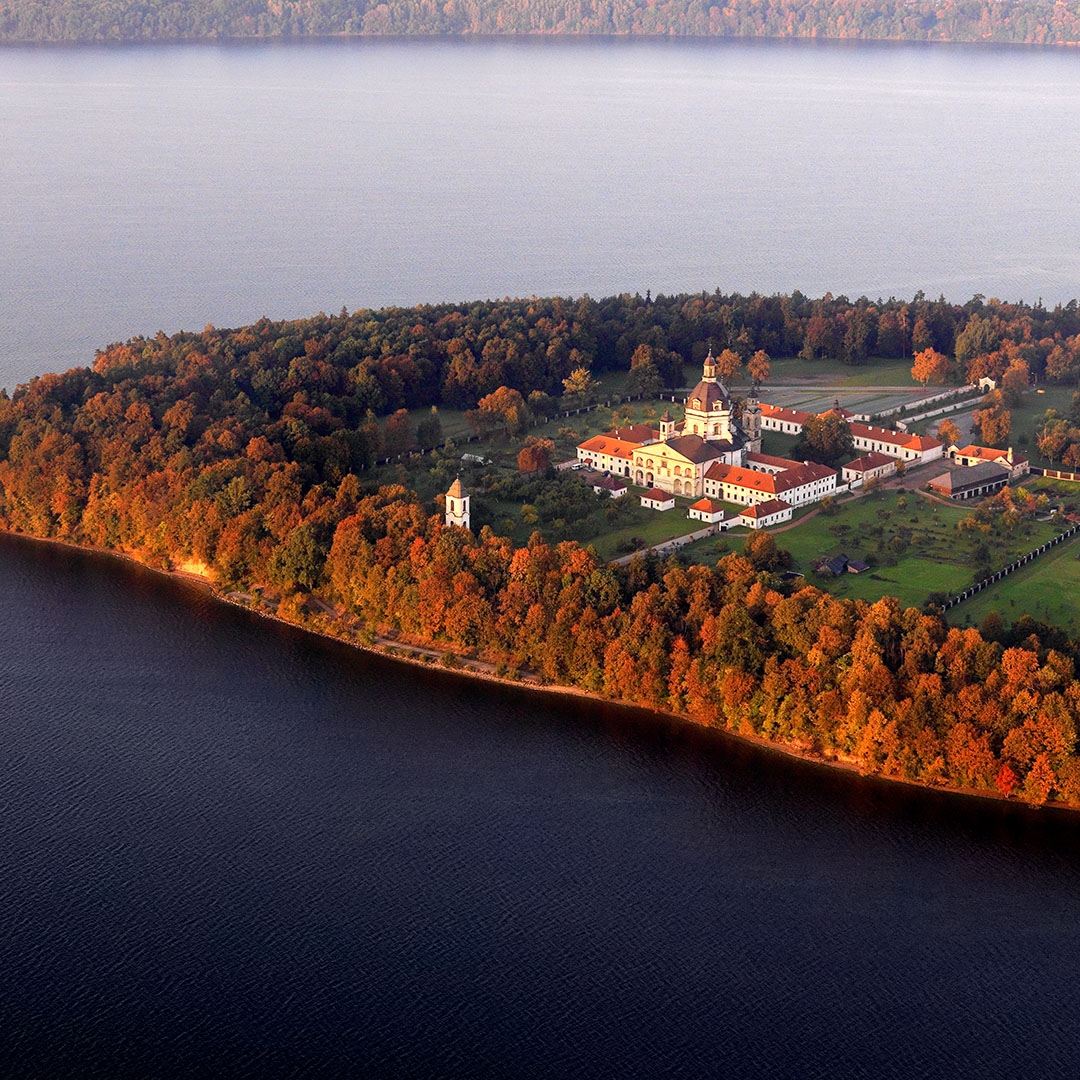 “In Vilnius and Kaunas, you can reach everything you need in minutes,” said Snieguolė Valiaugaitė, content project manager at Lithuania Travel, the national tourism development agency of Lithuania. “This is extremely helpful not only for production teams but also for movie-lovers as they can easily explore the rich architectural history and cinematic landscapes, visiting some of the best locations both Vilnius and Kaunas can offer.”

With production for Stranger Things recommencing, here is a throwback to some of the most cinematic locations in the two Lithuanian cities where other well-known films and series were filmed.

One of the most desirable filming destinations in Lithuania is Kaunas Old Town, known for its multifaceted history and modern Art Deco interwar architectural structures. After becoming the country's temporary capital in the midst of Polish annexation of Vilnius in 1919, Kaunas quickly grew during the interwar period as new Art Deco-style buildings and infrastructure mushroomed. The constructions were meant to accommodate the growing population, as well as house universities, museums, government bodies, and other vital institutions.

Since then, Kaunas has become the first Eastern and Central European city to win UNESCO City of Design designation in 2015, the European Capital of Culture 2022, and a point of attraction for filmmakers from around the world. For example, Kaunas Garrison Officers' Club Building, a European Heritage Label site used by the Lithuanian Armed Forces, appeared in BBC’s The Rise of the Nazis (2019), while the Emmy-nominated series Tokyo Trial (2016) transformed the M. K. Čiurlionis National Art Museum into a Japanese War Tribunal. 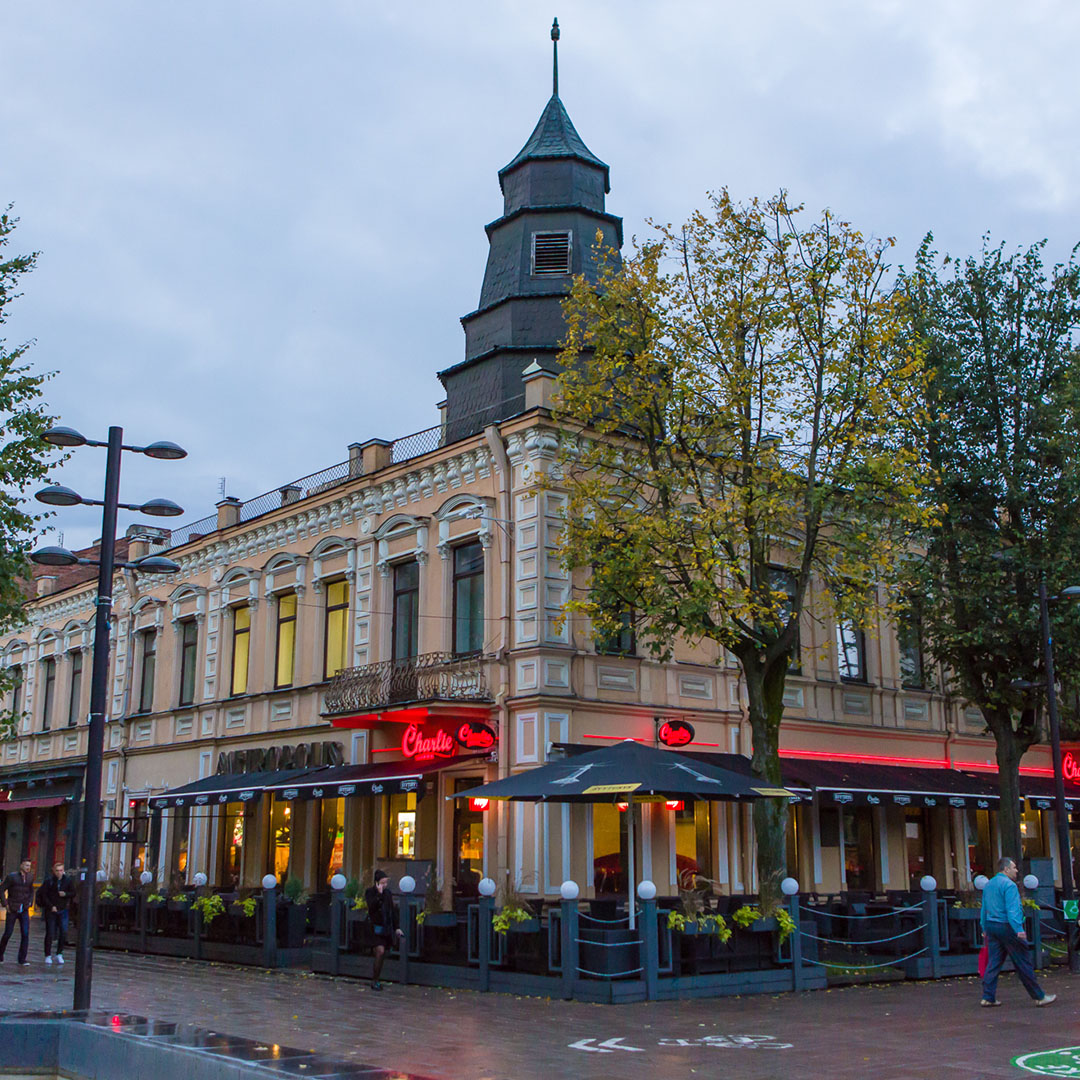 Also, Žaliakalnis Funicular, one of the oldest still operating vehicles of such type in the world, played an important role in depicting World War II in the Lithuanian-American drama Ashes in the Snow (2018) and creating a 1970s atmosphere in Emilia (2017), the best Lithuanian movie that year. 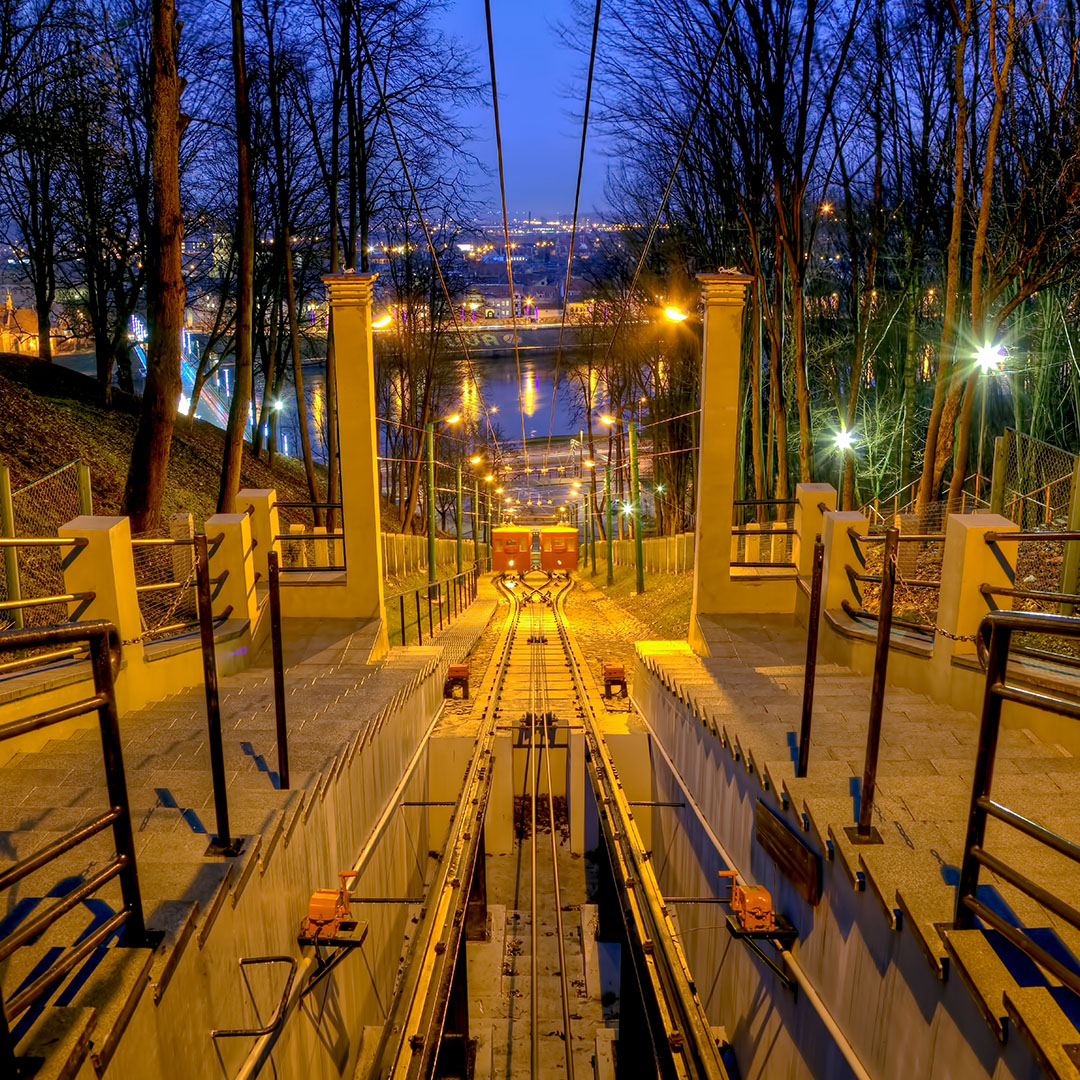 “There is hardly another analogue for the vastness of modern interwar architecture that Kaunas has preserved,” said Aurelijus Silkinis, head of Kaunas Film Office. “What makes it even more unique, though, is how versatile this architecture has remained. Both the exterior and interior of the buildings in Kaunas are suitable for any ambience from the 1930s up to this day, and that is what makes the city so valuable in the cinematic world.”

A UNESCO World Heritage Site since 1994, Vilnius Old Town is a true heart of the city. With its rich historical perspectives and archaic architecture, one of the last surviving medieval towns of Europe is now often the first choice for filmmakers when it comes to depicting the grandiosity of the 18-19th centuries. 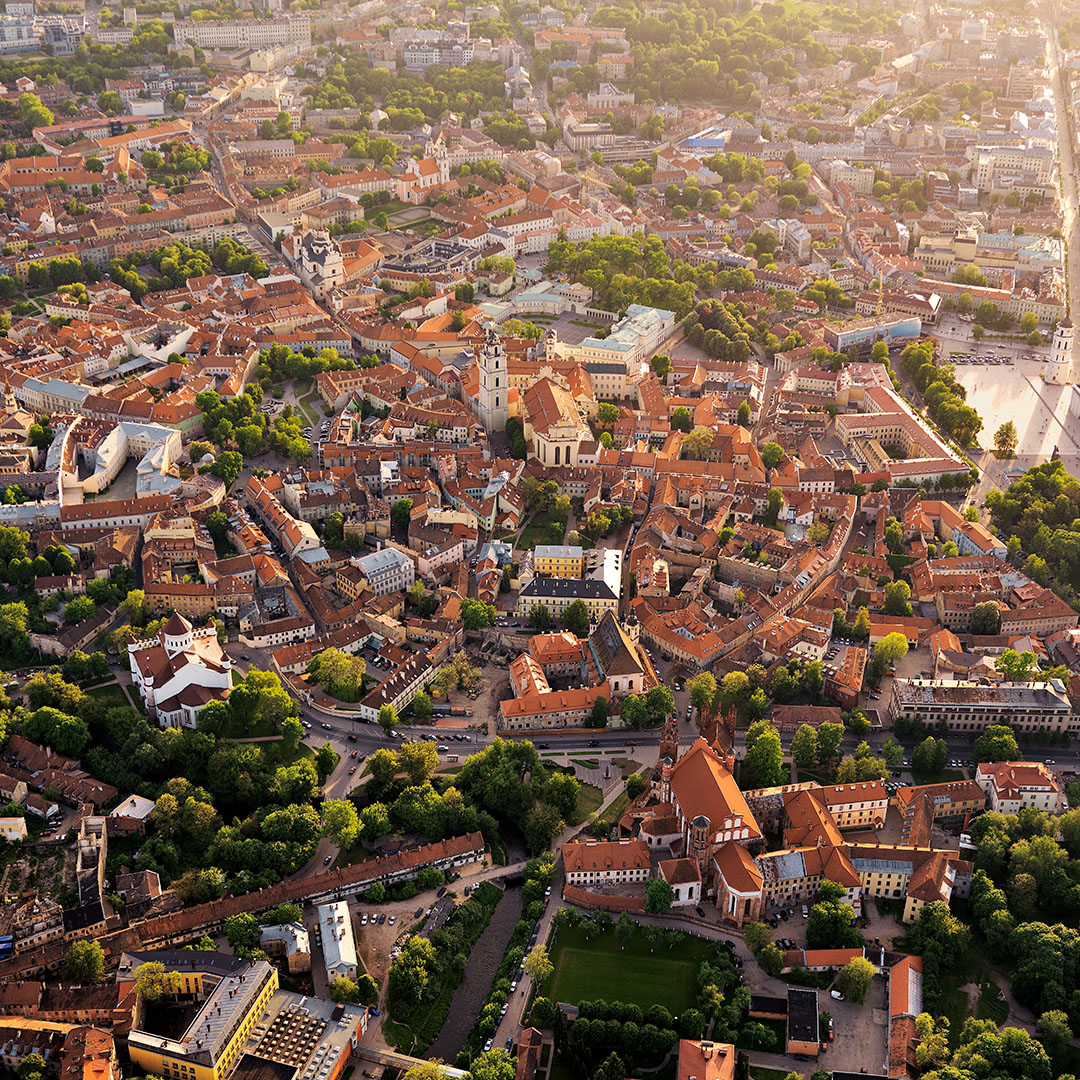 Recognizing its potential, the team behind Catherine the Great (2019), HBO’s miniseries starring Oscar-winning actress Helen Mirren, took Vilnius by storm in pursuit of turning it into 18th century Russia. Filmed in multiple sites across Vilnius Old Town, the series features such historical locations as Town Hall and Square, a 15th century building complex designed for official gatherings and public celebrations, and Aušros Vartų street, which leads to the city’s only surviving gate and the Chapel at the Gate of Dawn—a sacred place visited by both Pope John Paul II and Pope Francis. 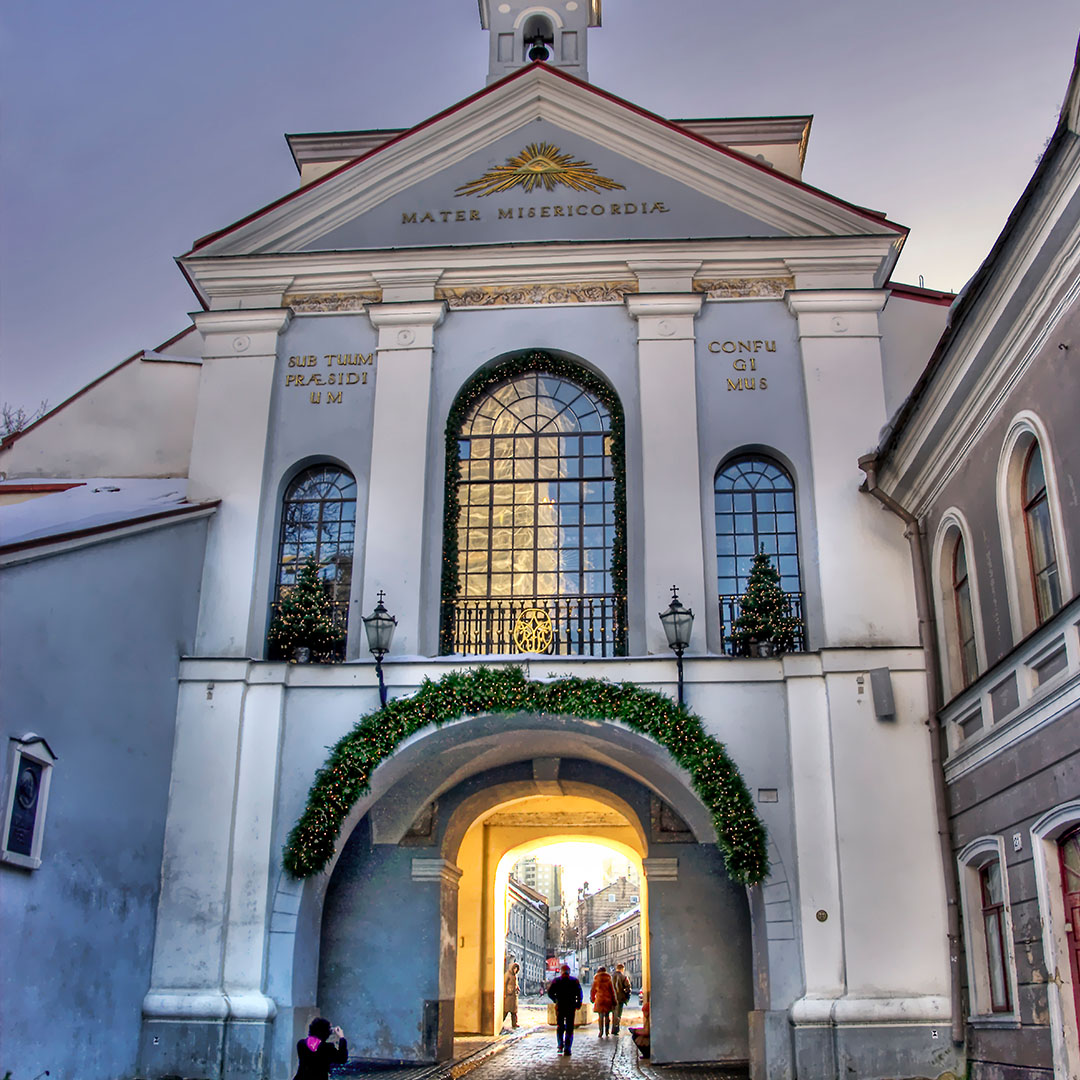 BBC’s War and Peace (2016) took similar measures. The filming production transformed almost the whole Old Town into the Russian city of St. Petersburg in the year of 1805, when Napoleon’s conquest of Western Europe was just beginning to stir fears in the Russian Empire. Among the 14 locations, the crew shot in Gediminas’ Tower, the remaining part of the Upper Castle built in the 15th century, and Vilnius University, one of the oldest universities in Europe dating back to the 16th century. 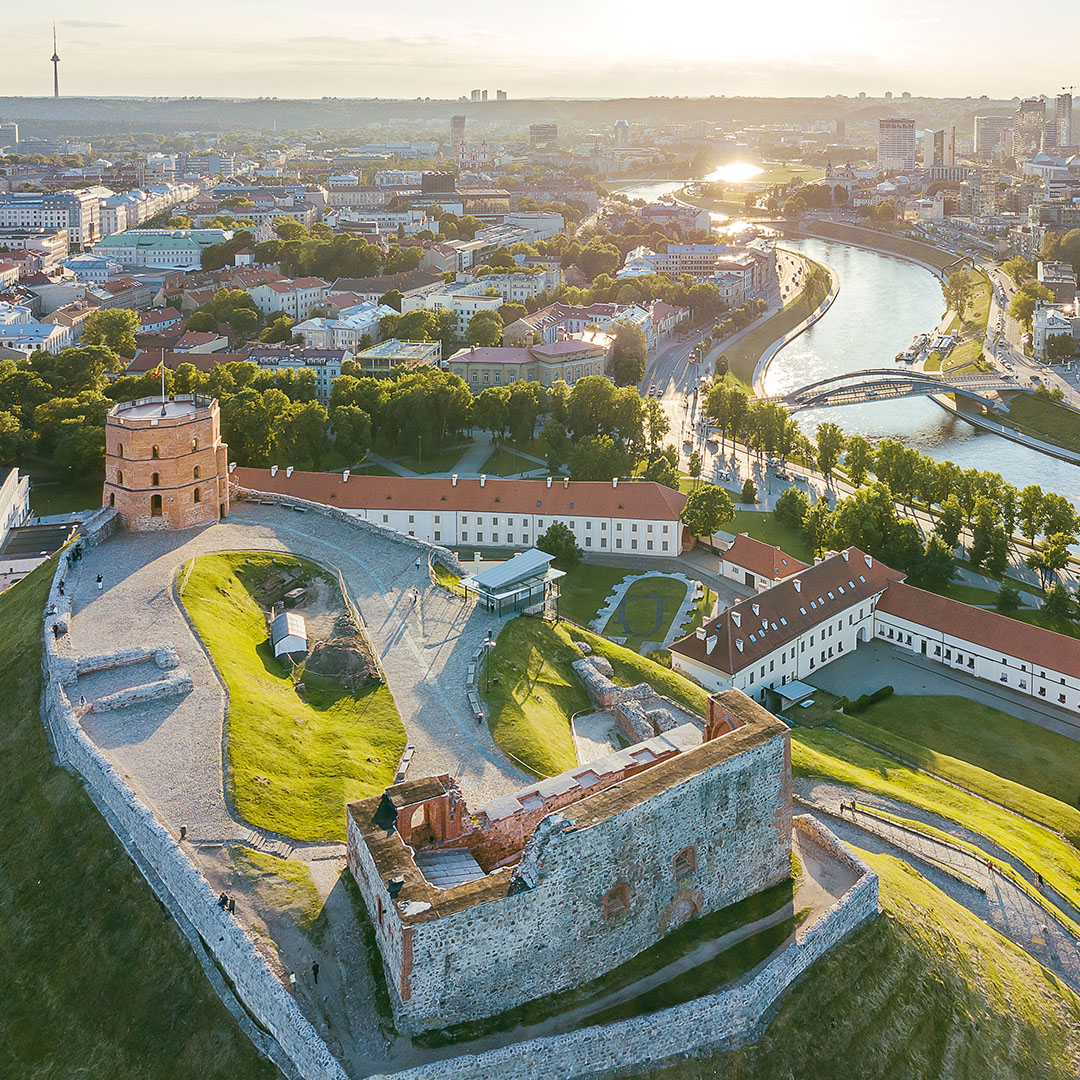 While Lithuania is mostly known for its historical old towns, its suburbs might be as important and cinematic when it comes to portraying specific eras.

For instance, Young Wallander (2020), a recently aired Netflix original series based on Henning Mankell’s best-selling novels, found its home, among other locations, in Šeškinė—a residential neighborhood on the outskirts of the city. The producers chose Šeškinė for its diverse architectural structures like 1970s apartment blocks, the red-brick buildings and the unique impression they altogether made on the screen.

A similar path was taken by the production team behind HBO and Sky’s Chernobyl (2019), which filmed parts of the miniseries against the backdrop of Šeškinė’s neighbor Fabijoniškės. 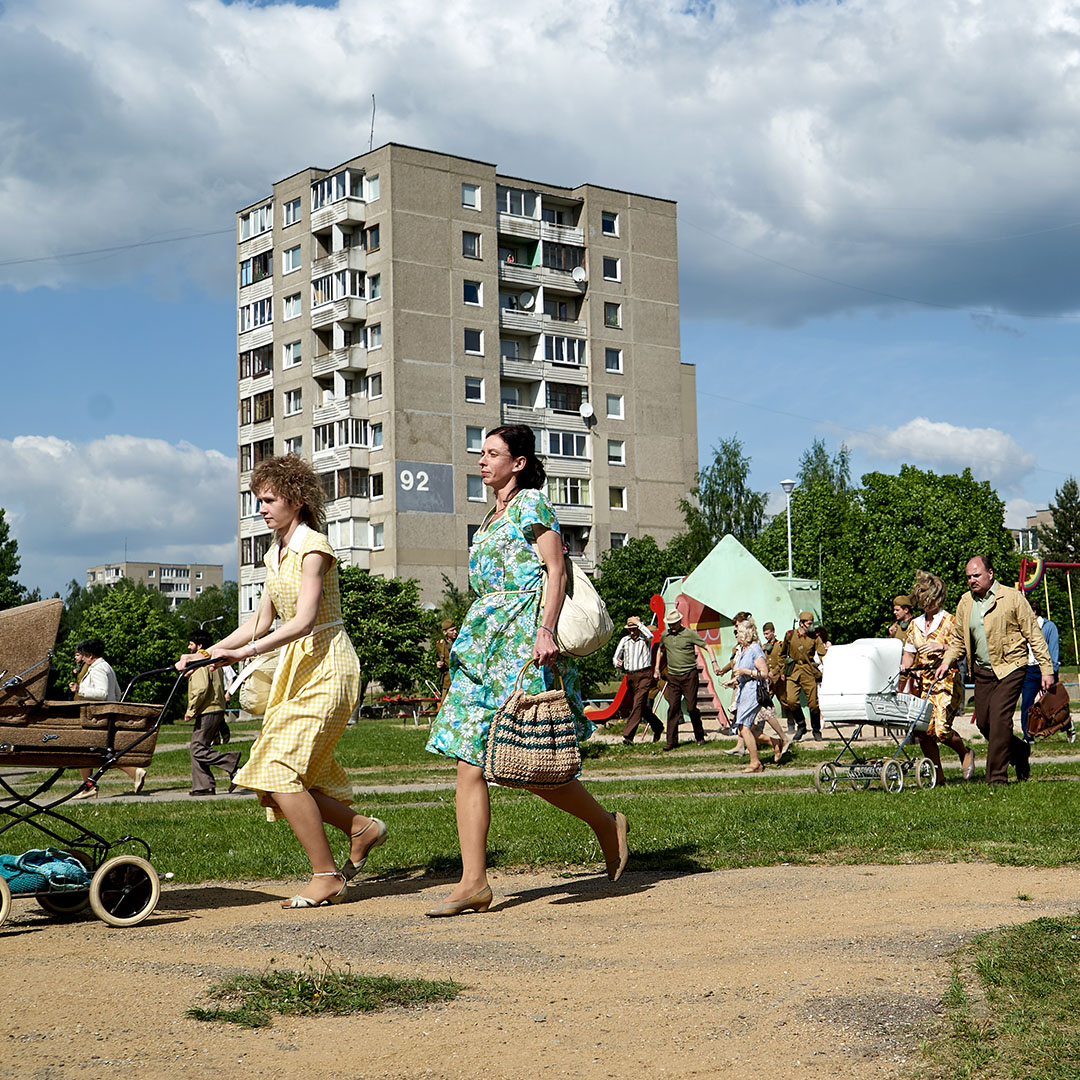 “From moody dark alleys and disused prisons to shining trendy restaurants, Vilnius provides the wide-ranging look and feel one would want to see in a movie,” said Jūratė Pazikaitė, Film Commissioner at Vilnius Film Office. “All the diverse historical backgrounds imprinted in the city's surroundings make it a perfect filming location for depicting any desired period. Thus we see Vilnius becoming an increasingly popular shooting destination among filmmakers globally.” 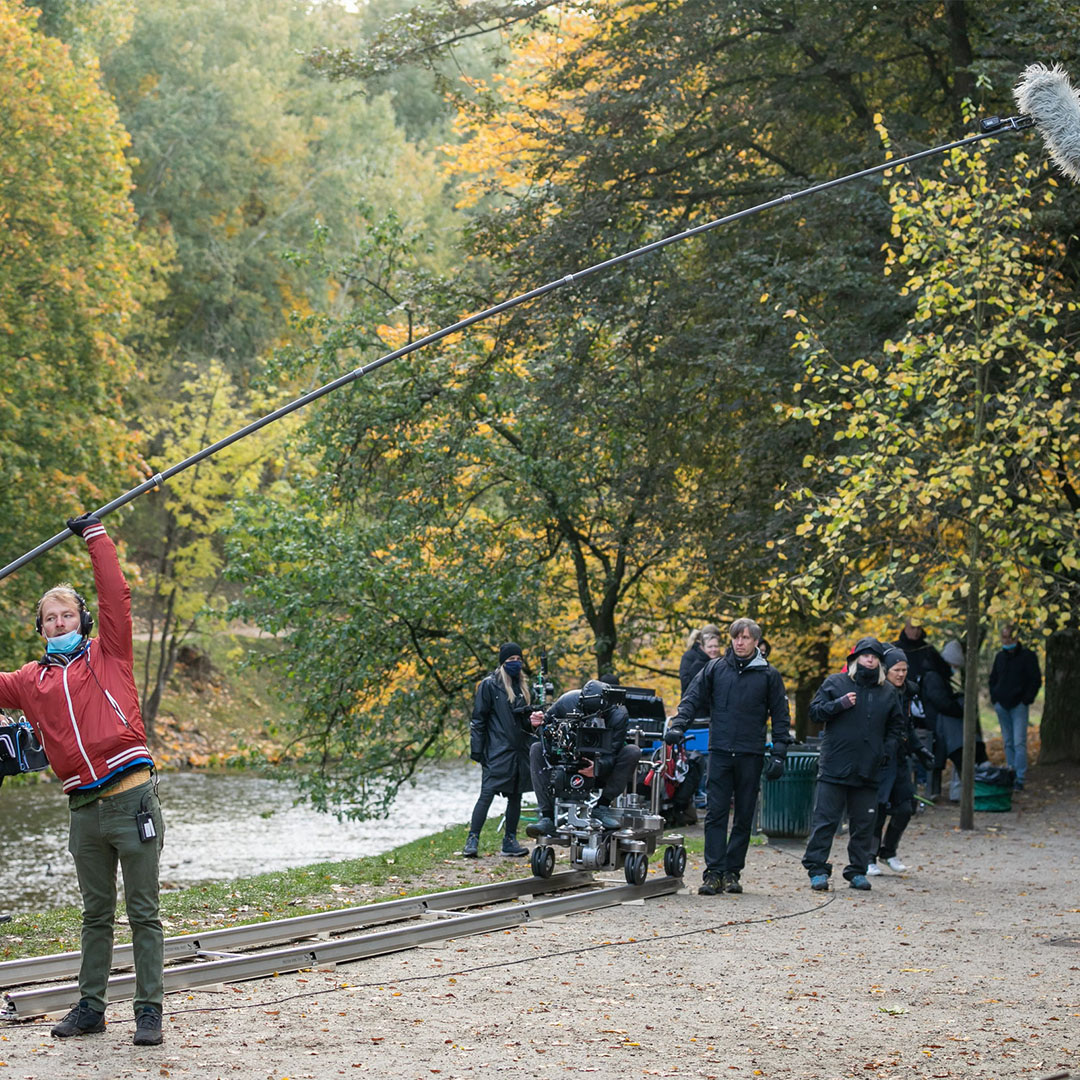 While the pandemic has stalled movie production all over the world, the film industry has been steadily getting back on track. In fact, it seems that Lithuania will soon have another movie title under its belt as Netflix has reportedly started filming a new Swedish crime drama titled Clark.

If, once the pandemic is over, you are interested in visiting the filming locations yourself or simply want to see more of Lithuania, here are unique city breaks in Vilnius and Kaunas, as prepared by Lithuania Travel, the national tourism development agency of Lithuania.