The manor renaissance in Lithuania is connected to the revival of the manor kitchen: historical recipes are recreated, there is a search of the sources of the culinary traditions, forgotten flavours are rejuvenated. Interestingly, 5-7 dishes were always on the 17th-19th century table of royalty, some of which include goods from Lithuanian forests and fields, complemented by spices from overseas, as well as poultry, game, fish, soups, stews. The flavours of historical cuisine enrich the palette of the traditional and modern cuisine in Lithuania.

Day 4 - Menu inspired by the kitchens of royalty (by prof. R. Laužikas) 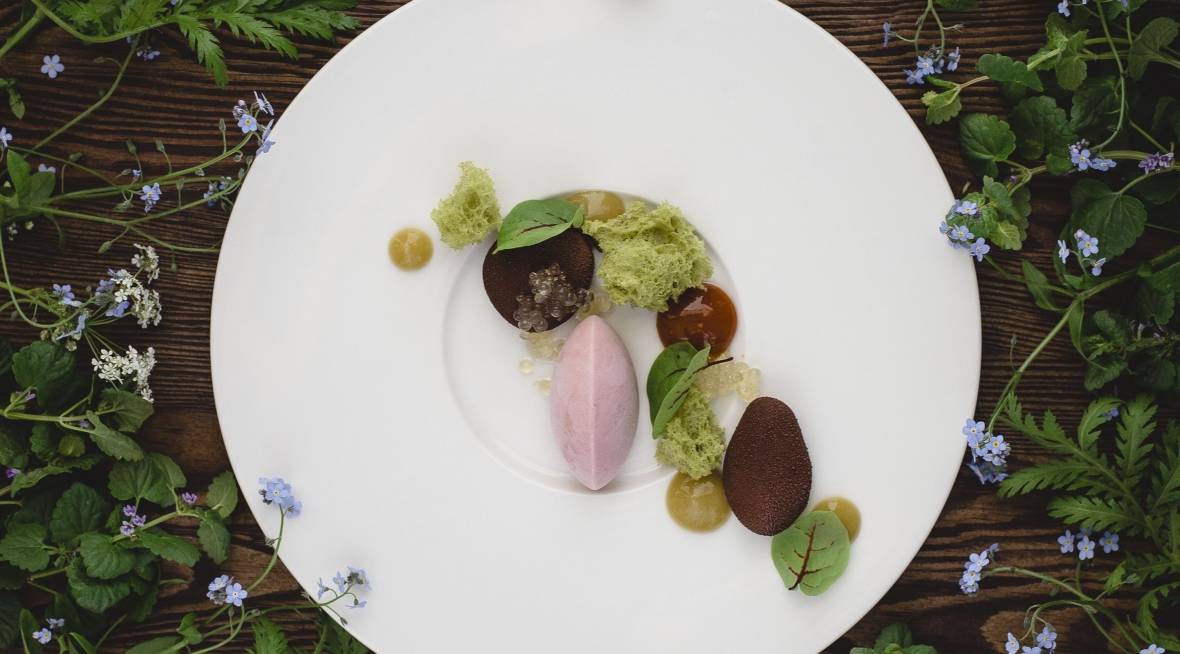 Lithuanian rulers and nobles brought back various culinary traditions from their trips around the world. Authentic medieval, Renaissance and Baroque recipes that have been found in ancient manuscripts are now being brought back to a new, modern life. 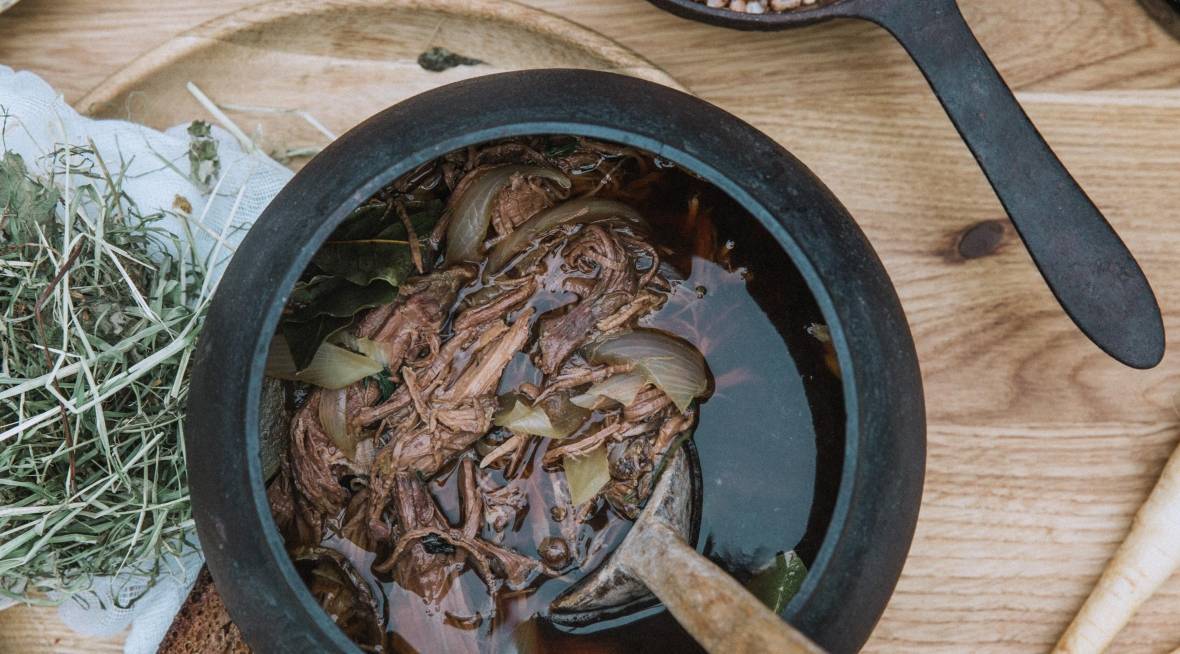 Parsnip waffles with fresh cucumbers and quince honey, rose and black currant jam, oven-baked guinea fowl and tarragon sour cream, cheese baked on hay, herring pâté, slow-cooked game – the most interesting culinary experiences of the 19th century can be found in this kitchen. 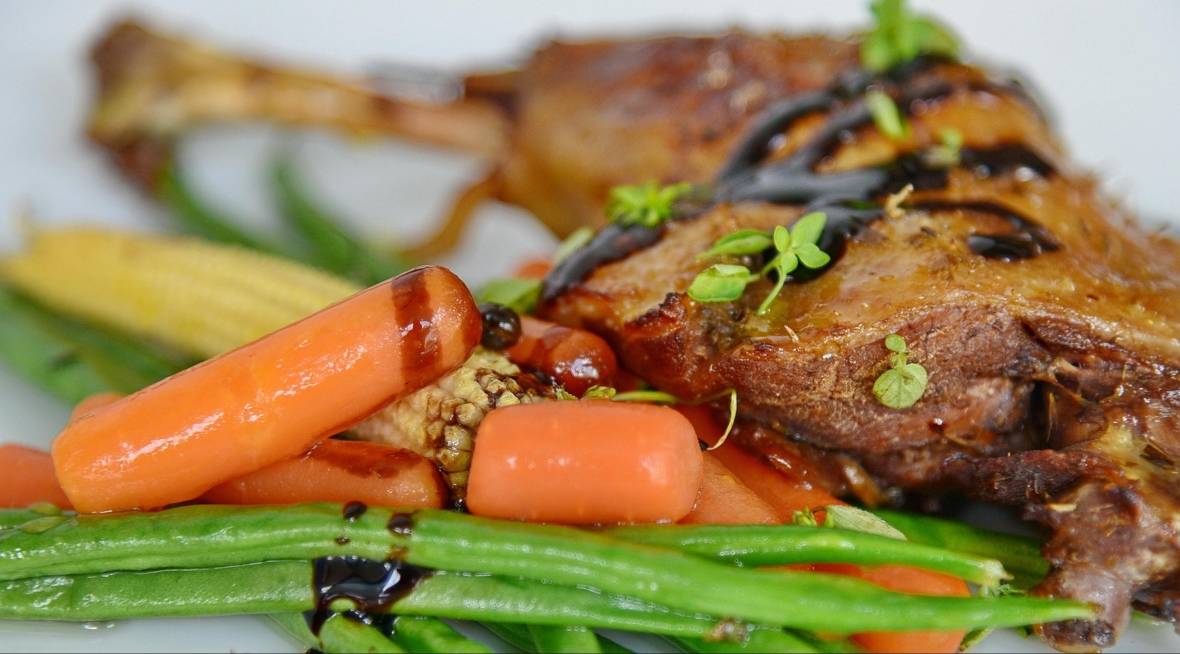 The old dishes of the Aukštaitija region, the treasures grown in the surrounding gardens and orchards, and the berries and mushrooms foraged in forests. The peaceful atmosphere and the classical music concerts that are held here add extra flavour to the authentic manor food that is served.

The baron of Pakruojis Manor will invite you to a manor feast. But the rules go that you’ll first have to look around the manor house, check out the hunting trophies, and take a walk in the park so that you work up a good appetite. The feast will be endless: several types of appetizers, soup, entrées and dessert. To make sure that the guests don’t get tired while they eat, the baron and his lady will ask you to come into the perfume room and the cigar room during the break. 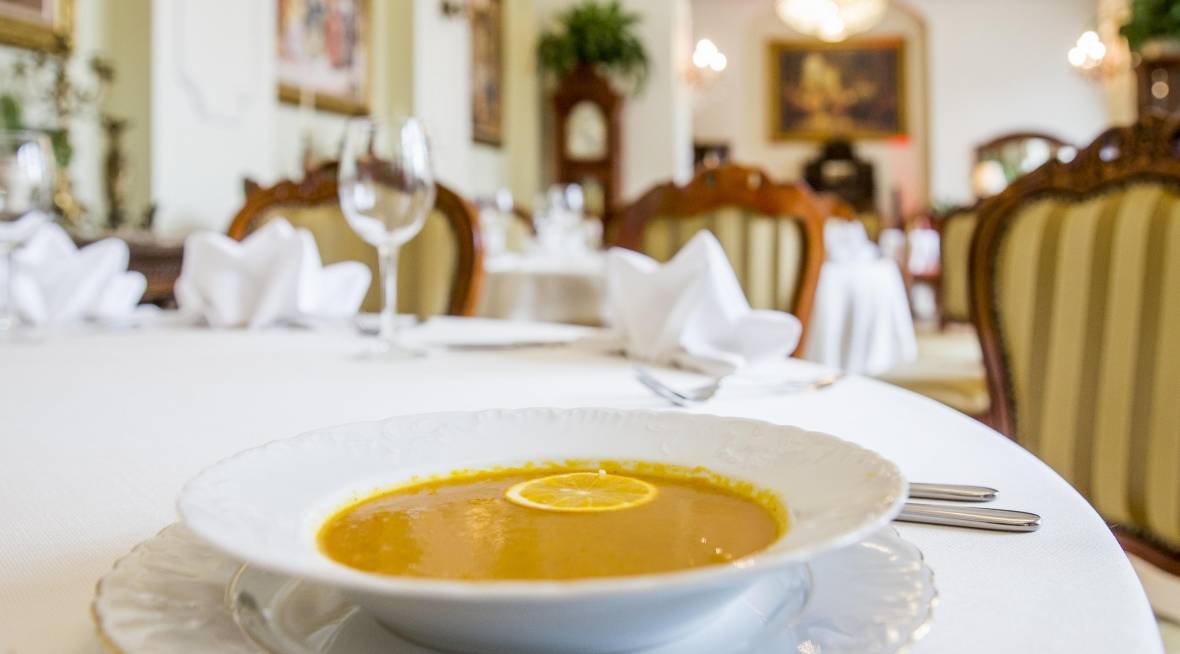 If you’ve never been invited to a special feast at the Tyszkiewicz manor in Raudondvaris, don’t be dejected. You can take part in a museum education programme during which the count’s chef will be on hand to prepare his signature orange soup, and the count and the countess will be happy to show you around the manor halls and tell you about their travels to countries where oranges and lemons are grown. 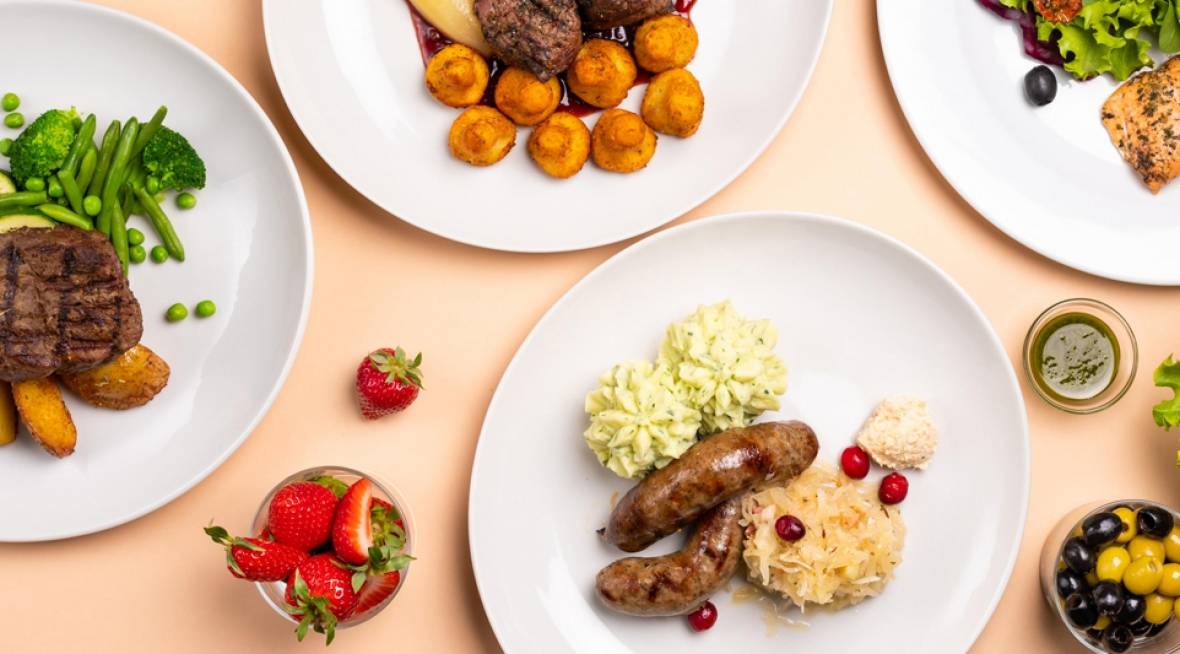 Taste Lithuanian Grand Dutchy culinary heritage. The chef of the restaurant and Lithuanian historians collaborated to create "Lokys" menu. As a result, the dishes are arranged in chronological order to represent historical gastronomic travel and to explain how new food products arrived to Lithuania over the centuries.